Greetings to You! From heart to heart in this moment we speak, I am KejRaj. The information expressed here is that of my perspective, my point of view. For all truth awaits you in your heart. Tune into the light within you.

Today I wish to give you a brief introduction about my self. Who I am, where I come from, and how EraofLight.com came to be.

I am KejRaj(KayRy). I am an Elohi(singular for Elohim) of the Blue Ray, incarnated on Earth at this time. I entered the the Milky Way galaxy via the Pleiades star system from Andromeda. I have had lifetimes in many different star systems, in Lyra and the Pleiades in particular, because as an Elohi I took part in creating the ‘hue-man’, and the lower dimensions. Which were not intended for suffering, but the project was hijacked later on. So myself and many others have returned to set things straight by reactivating the original blue prints and restoring the original plan for this beautiful world.

I have chosen the name KejRaj from a different lifetime in the Pleiadian star system. My Earth name in this lifetime is Halil, which means ‘honorable comrade’. The name KejRaj, the first part of the name, Kej is pronounced simply like the letter K. The second part, Raj, the ‘aj’ is pronounced like the word ‘eye’, the letter R and ‘eye’, KejRaj. To simplify things, KayRy. The name itself is etheric in origin, which again to over simply its meaning, it means ‘that which shines the brightest’. It is a name which I have used while I was in the Pleiadian star system.

Here on Earth, I was born in the little country known today as Kosovo(ancient Dardania, part of Illyria), South Eastern Europe.

Below is the symbol of how my name is written in Pleiadian. 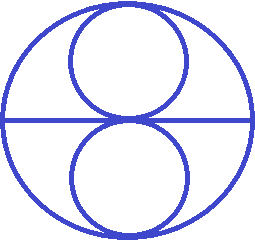 Our modern Earth today is the Third Earth, that very much resembles the other two. This Earth today was and is becoming part of the Pleiadian star system once again; also where the Grand Experiment is all ready successful. Where the Divine Plan is unfolding. This Earth will lead the rest of the Galaxy and the Universe towards the light.

About 215,000 years ago I came to Earth as an extraterrestrial with friends and family from the Pleiades, where I spent time in Lemuria, simply observing and learning as much as I could.

It was not long before I returned back home and made the decision that it would be worth the experience to spend more time on Earth. So I left everything behind(all is in the heart) and decided to come to Earth and anchor the higher light. I incarnated here on Earth, first for a short period in Lemuria and than went to Atlantis, where I remained there ’til its demise.

After Atlantis I went to what is known today as the Balkans(South Eastern Europe), which once was known as Pelasgia, later Iliria(land of the free), and today these people are known as Shqiptar or Albanian. And the ancient language which is Pleiadian in origin is still spoken today by over seven million Albanians in the Balkans. Of course over the millennia the language has evolved, nonetheless the ‘seed of the fruit’ has not changed.

I spent lifetimes in modern day Ireland, Egypt, Germany, Switzerland, Pelasgia(modern Balkans), and Rome. Where I was beheaded with a group of people for standing up against the tyranny of the emperors. I have had many lifetimes in Europe, the Americas, Asia and Africa.

I have been here on Earth for over 215,000 years. It isn’t quite easy to wrap my mind around that. Now I live in America, in the state of Michigan.

As we move forward, this nation, known as America will lead the world to peace. Though this has not been the case in the past, this is America’s destiny.

The soul always seeks to serve, through that, the light within expands. And that is the position I found my self in. How can I serve this world in a broader way?! I do not have the means to travel, to hold conferences around the world and such. But I can serve via the web, and join the internet collective. So I decided to create this webpage, EraofLight.com and share as much as I can with humanity. There’s been great times and tough times while managing the webpage, by myself, I must say it still brings me joy when I know how many appreciate what I do here.

Through the years the webpage has changed, it has evolved in a way I will say. The number of posts we make daily has increased. We have added more categories. The number of visitors has grown exponentially. I must say the page has grown beyond my expectations. The positive feedback I receive is amazing, it feels great, just makes me want to do more and more, and so I shall.

If you have any questions about me or related to the website, please feel free to contact me via email; eraoflight777@hotmail.com

As always, from heart to heart, I AM KejRaj!